Loss of Facilities in Strensall

The Tannery on Sheriff Hutton Road closed in 2004 and was destroyed in an arson attack in 2008  but in its day in its day was a good employer of local people.  The site is now a housing development of 53 properties known as Foss View Close.

The garden nursery (Peterson’s) also closed a few years ago. It did not employ locals but was a popular and useful business supplying varied items for gardeners.

The family firm Magson’s joiners shop and business, closed in 2012. That employed the family and two joiners.

The Farmer’s Cart farm shop, although located just outside the parish boundary, has changed and now features on the children’s petting farm animals and now has a smaller cafe. The home grown vegetables and the local meat for the in store butchers. The deli counter, the local sourced produce have all gone. All of which were very popular. 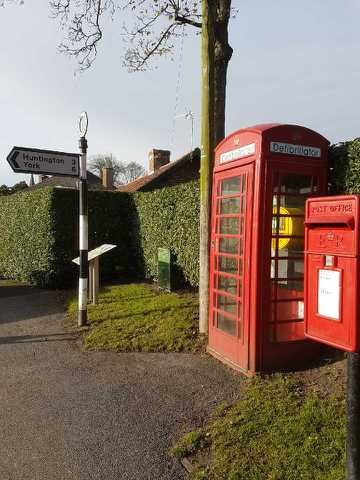 The Telephone Box was acquired by the Parish Council in May 2016 after many years of misuse and has since been converted to house a defibrillator following a repaint and re-glazing. 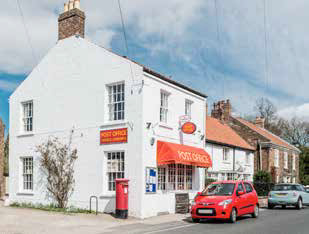 The Post Office in the centre of the village, closed in February 2016, mourned the passing of a general centre to the community. It was not only a post office but provided a varied supply of retail products. These included greeting cards, knitting wool and needles, some gifts and DIY equipment. In its closing, the villagers lost a place where they also could gather local information, of events going on in the village.
error: All images are Copyright Peter Bayliss