The History of Strensall and Towthorpe 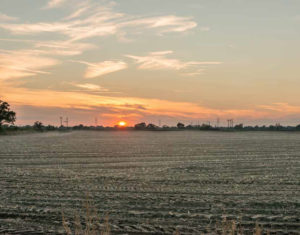 The village of Strensall was included in the Doomsday Book of 1086.  The name was probably  derived from the Anglo Saxon – a combination of “Streana” a personal name and “halch” the word for a  corner or nook of land.  Pehistoric and Roman remains have been found in the area which suggests it may have been a convenient crossing point of the River Foss.

It is possible that the village was the site of the Synod of Whitby in 664AD as there are two main accounts of the Synod, The Life of Wilfred written by Stephen of Ripon around 710 AD and  Bede’s Ecclesiastical history of 731 AD both refer to the Synod being held at a Monetary of Hilda in a place called Streanaeshalch.

Although there is no archeological evidence for an Anglo Saxon monastery in Strensall one could argue that no-one looked very hard and it is entirely possible that such a feature is waiting to be excavated.

At this period the parish of Strensall lay to the east of the Forest of Galtres,a heavily wooded area stretching north of York beyond Easingwold. From the 13th to 17th Centuries it was one of the townships within the Forest covering an area of 2908 acres of arable land growing mainly corn and potatoes.  Throughout the 13th Century the Prebendaries developed a hunting preserve on the edge of the Royal Forest. Hall Farm, formerly known as  Strensall Hall, occupied a moated site which would appear to have been the administrative centre of the village.

A pattern of enclosures  and curved field boundaries survive to the south east of the village and Southfields Road which preserve the alignment of and, in some cases, earthworks of the ridge and furrow that formed one of the medieval open fields associated with Strensall.