Responses received from the above consultation have been examined and the results will inform the submission version of the Strensall with Towthorpe Neighbourhood Plan.

These documents associated with the June / July Consultation and the responses received were used to inform the content of the July / August 2019 pre-submission consultation.

Below you will find details of the progress of the Strensall with Towthorpe Neighbourhood Plan. 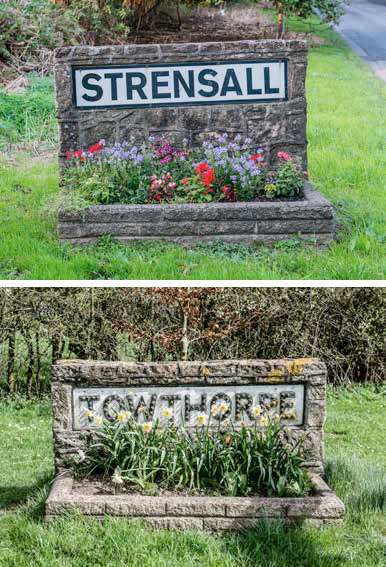 The Strensall with Towthorpe Neighbourhood Plan is being prepared by a group of residents against a background of the emerging Local Plan being prepared by City of York council. The previous Draft Local Plan published in October 2014 for the period up to 2030 proposed 226 houses to be built on three sites (Brecks Lane H27-102, Behind Strensall Village H30-71 and The Tannery H32-53) within the parish of Strensall with Towthorpe. Housing on this scale will significantly stretch the existing facilities of infrastructure and the organisations engaged in the provision of retail and leisure.

Progress on this Draft Plan was halted by City of York Council on 9th October 2014 in order to review the evidence base and development strategy for new housing development across the local authority area.

Since that time a Planning Inspector was appointed by the Secretary of State to review the decision of City of York Council to allow the building of 102 properties on land to the North of Brecks Lane (Site H27). The Inspector found in favour of the Parish Council and permission was refused. This decision influenced a later application to develop part of site H30 with 11 dwellings and this application was refused by City of York Council. The remaining site was a brownfield site at the former Tannery and permission had already been given for the development of 53 dwellings on this site which was completed in 2015.

The Strensall with Towthorpe Neighbourhood Plan is not anti-growth but would wish to retain and enhance the following:

In 2016 progress to the emerging City of York Local Plan was approved by the City Council on 30th June and a Preferred Sites Consultation took place between 18th July and 12th September 2016. The document did not contain any proposals to create further development in the parish but after taking account of the responses to the questionnaire the Parish Council suggested that unused land within the MoD married quarters should be used to provide social / affordable housing. Before the responses to the Preferred Sites Consultation could be incorporated into the emerging City of York Local Plan there was an announcement by the Ministry of Defence that the closure of the Queen Elizabeth Barracks and Towthorpe Lines would take place by 2021. City of York Councillors decided to request that the submission of the Local Plan to the Inspectorate be delayed by 6 months to allow investigation into the effect that the inclusion of MoD sites could have. This has provided a knock on effect to the compilation of the Neighbourhood Plan and members of the Steering Group have held meetings in early 2017 with City of York Council Officers to ensure the needs of the community are taken into account. Further regular meetings were arranged but have been postponed pending the outcome of talks between the City Council and the MoD and other interested parties.

The Parish Council has obtained copies of the Plan for you to view and a further copy will be available in Strensall Library.

City of York Council’s Local Plan Working Group decided in April 2017 that the MoD sites at Strensall and Fulford should be included in the emerging Local Plan and a further public consultation was held in September 2017.

The next stage in the Local Plan progress commenced on 21st February 2018 when the Publication Draft Plan was made available for comments to be made.  Both Strensall with Towthorpe Parish Council and the Neighbourhood Plan Steering Group have commented mainly in support of the Local Plan.

A consequence of the inclusion of the MoD sites at Queen Elizabeth Barracks for residential development  and Towthorpe Lines for business use is the additional traffic generated by these developments. The Steering Group decided that it would be beneficial to provide a safe alternate route to the A64 via Towthorpe Moor Lane in accord with the expected upgrade of the A64 including the junction at Hazelbush crossroads. After discussions with neighbouring parishes an application was made to City of York Council to amend the designated boundary of the Neighbourhood Plan Area to also include the whole of Towthorpe Moor Lane. An application for City of York Council to approve the revised boundary was submitted on 31st March 2017. The consultation period for the boundary amendment was finally arranged by City of York Council and commenced on 28th March 2018 and ended on 11th May 2018 for residents to comment. This progress has allowed the Steering Group to prepare updated version of the Neighbourhood Plan. The amended boundary was approved by Councillor Peter Dew on 14th June 2018.

A questionnaire was issued to all residents via the June 2018 edition of the Outreach. In order to complete the questionnaire residents must read the policies contained in the Draft Neighbourhood Plan.  Printed copies of the Draft Neighbourhood Plan were made available at the following locations – Strensall with Towthorpe Parish Council Office at The Village Hall, Strensall Explore Library, Hairdressers in the Village, St Mary’s Church Hall, Strensall Methodist Hall and Redmayne Lodge. Alternatively an on-line version was published found on this web site.

After taking account of the responses received in the June 2018 consultation a pre-submission version of the Neighbourhood Plan was compiled. This was to be the subject of a further consultation arranged to take place between 1st March 2019 and 12th April 2019. This proposed consultation had to be postponed following advice from Officers at City of York  Council as Strategic Environment assessment and Habitat Regulation Assessment reports had to issued with the pre-submission plan.

As shown at the top of this page you will find details of the pre-submission consultation re-arranged to take place between 1st July and 26th August 2019.

City of York Council also held a Local Plan consultation, at the request of the Planning Inspector, to invite responses to the modifications to the submitted Local Plan. Of the 21 modifications the removal of the two sites at Queen Elizabeth Barracks (ST35 at the barracks) and H59 at Howard Road) and the alteration of the green belt boundary to the centre of Ox Carr Lane are of particular interest.

Taking into consideration the responses received in the July / August 2019 pre-submission consultation and the proposed modifications to the submitted Local Plan by City of York Council, further amendments were made to the Draft Neighbourhood Plan to create a version ready for submission. This version was discussed by the Neighbourhood Plan Steering Group at the meeting held on 25th February 2020. Once final amendments agreed at this meeting are made, an electronic version of the Neighbourhood Plan will be compiled by the group’s Graphic Designer. Copies of this Submission version of the Neighbourhood Plan, Strategic Environment /  Heritage Regulations Assessment Report, Basic Conditions Report and Statement of Community Consultation will be presented to Strensall with Towthorpe Parish Council for their approval to submit this latest version to City of York Council who will arrange a Planning Inspector to examine the documents.

All images used on this website are Copyright Peter Bayliss.

If you wish to use any of these images in a publication or you wish to buy a print you can contact Peter on 01904 490001 or email peter3qc@gmail.com